The Schneider 155mm C17S Howitzer, written out Canon de 155 C modèle 1917 S, from Schneider et Cie, dates back to the time of the First World War.

At that time it served primarily in the armies of France, Belgium, Russia and the USA.

After that, the gun was involved in combat again. On both sides, it was heavily used in the Spanish Civil War.

Even after that, it was still used in World War Two, among others by the French and the Germans. There the captured howitzers ran under the designation 15.5 cm sFH 414 (f) and were used in the service of the Afrika Korps in North Africa.

The kit includes four different marking options.
Two of these for the era of the first world war, one for the period of the spanish civil war and one from the second world war. 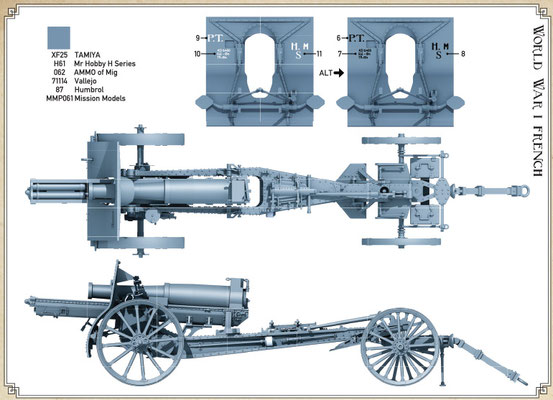 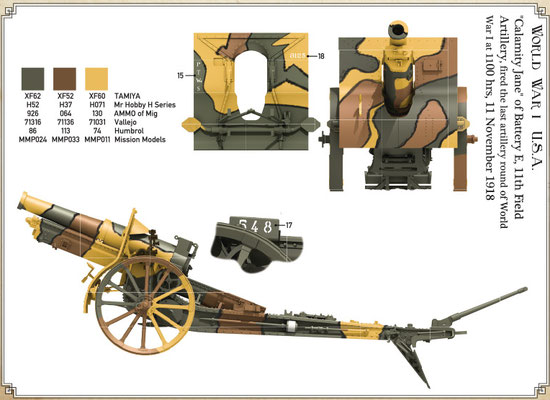 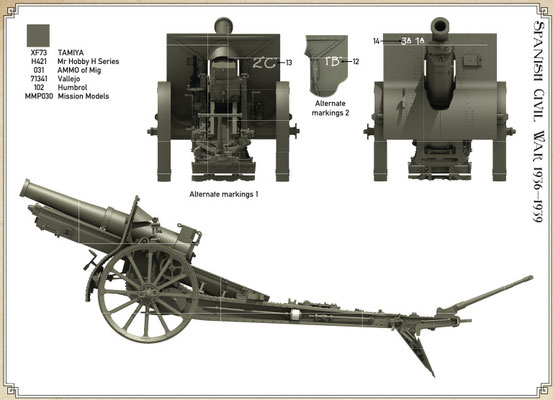 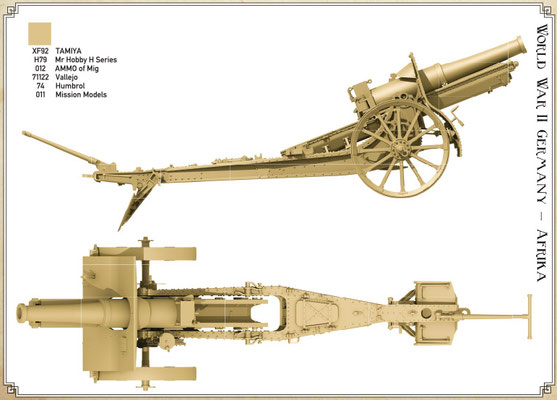 We are always happy to share videos, reviews or construction reports with you. If you have published something about our howitzer or any other of our products yourself, please feel free send us a message with a link. 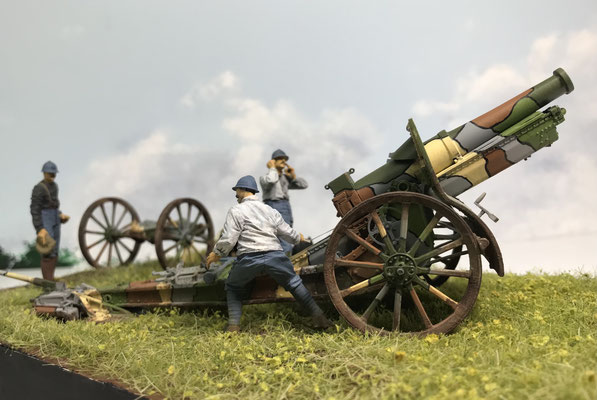 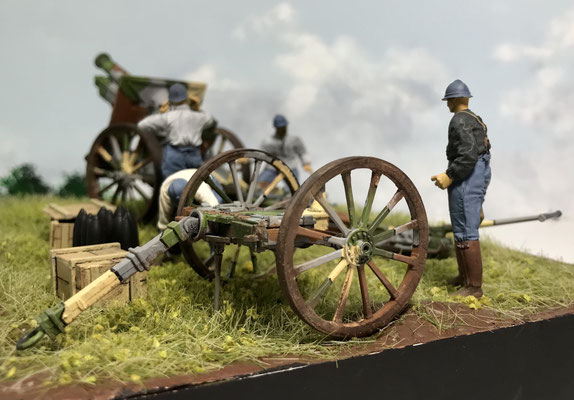 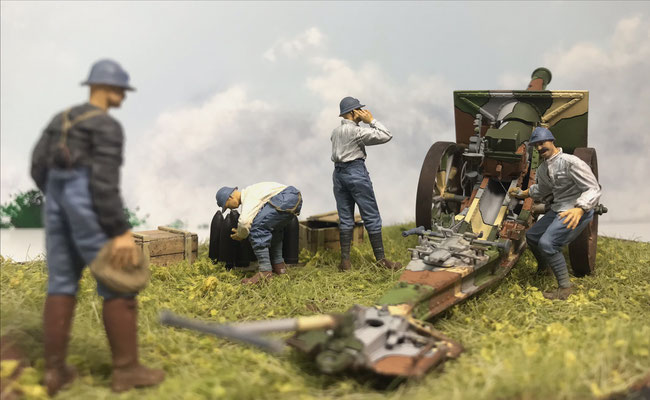 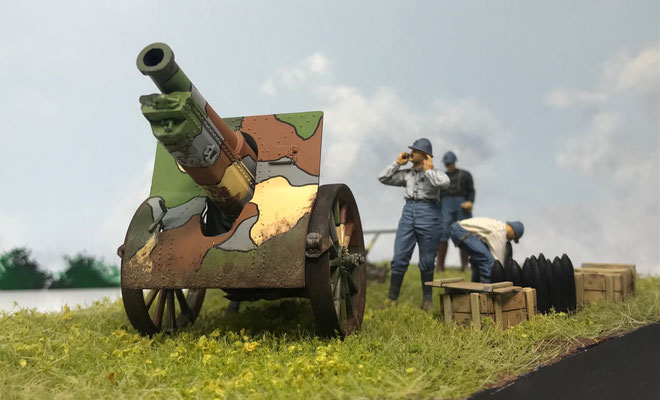 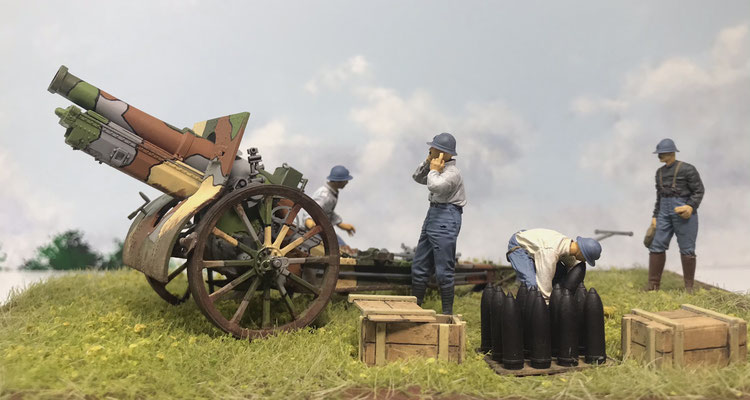 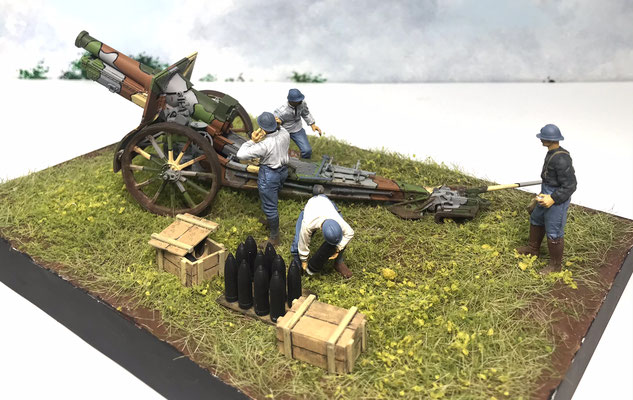