Walli pushed back against the stick with as much strength as he could muster, and trained to read the blurred out dial gauges in front of him as the furious shaking intensified. The 4 Schmidding rocket boosters were violently burning through their remaining fuel. As he craft accelerated, it began a slow roll. While the aerodynamicists had done everything they could to balance the powerful forces of the rocket boosters by arranging them around the aircrafts roll axis, minor misalignments in the construction of the airframe due to the crude conditions under which they were built, resulted in some airframes experiencing aerodynamic imbalances during the booster-climb phase of flight. The series was put into production before all of the fabrication issues could be worked out, and this morning, Walli found himself at the controls of one of the more poorly-constructed examples.

Zooming skyward to intercept the incoming enemy bombers, his vision of the horizon was now obscured by the nose of the aircraft. He tried to check the simple artificial horizon installed on the small instrument panel in front of him, but the violent shaking, acceleration, and fumes had caused his eyes to water and his vision to blur. He instinctively shifted his stick pressure ever so slightly to the right to correct the roll and glanced out the right side of the canopy to check the effectiveness of his control input. "Steady on" he thought.

Three possible versions can be built.

The Junkers Ef-126 / Ef-127 was an experimental fighter that was proposed as a re­sponse to the „Jägernotprogramm“ or „Emergency Fighter Program“ request for proposal issued by the Luftwaffe High Command.
The type featured 2 MG 151 mm canons on each side of the cockpit (similar to the He162 Salamander). While the initial design was supposed to use a single Argus As 014 pulse-jet engine, it was quickly found to be underpowered in that config­uration. Various alternative propulsion options were explored, including a dual Argus As 014 configuration, a Walther 509C rocket motor, like that carried by the Me263 experimental fight­er, and a single Jumo 226 pulse-jet.

The type was to built utilizing wood for the flying surfaces with an aluminum fuselage and key structural elements. 4 Schmidding rocket boosters were arranged circumferentially around the rear fuselage in an arrangement similar to the Bachem Natter Ba 349, another design submitted to fulfill the requirements of the Emergency Fighter Program, to make it possible for the Ef-126 / Ef-127 to take off under it's own power using a wheeled trolley. Landing was facilitated by the addition of a retractable skid and fixed wingtip protective skids.

While the Ef-126 / Ef-127 never served in combat, we believe it is a beautiful aircraft design that would have looked quite attractive in a variety of late-war paint and mark­ings schemes, and so we have included 7 different markings options and paint schemes. While the decal placement and profiles show the Ef-126 Dual Argus configuration, the markings can be applied to any version. We hope you will have fun letting your imagination soar a bit and will explore the possibilities.

One of the first Test Shots 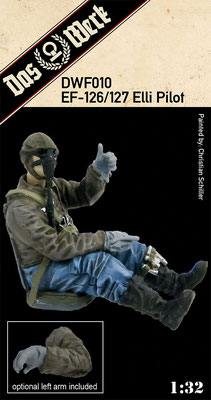 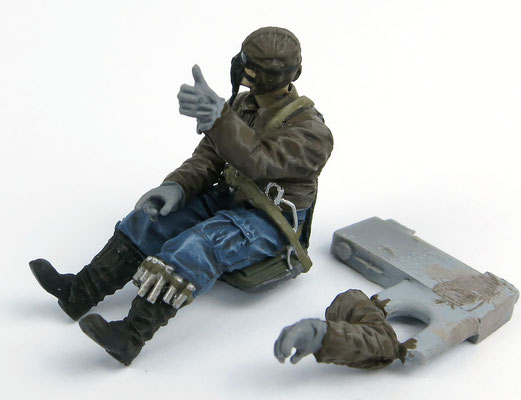 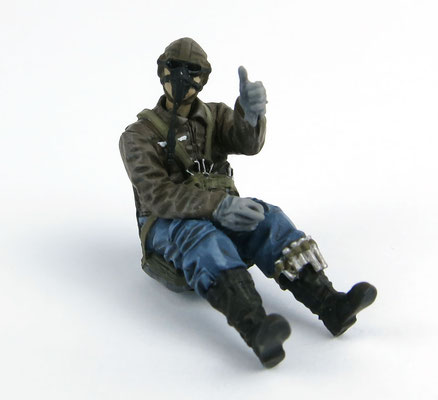 We are happy to share reviews and reports from various websites with you. If you have published something about one of our products yourself, please feel free send us a link.