Known by many different names „Canon de 155 Mle 1917 Schneider C“ (France, Belgium), „15.5cm sFH 414(f)“ (German Afrikakorps), „Model 1918 155mm Howitzer - Schneider“ (U.S.A.) this powerful and robust howitzer served in the armies of many nations during World War I, the Spanish Civil War, World War II and even beyond.
The last military to use the Schneider 155 was Finland, with a modified version serving in a training roll into the 1980s.

This boxing, Das Werk DW35023, includes parts needed to build the U.S. Model 1918 version. The kit can be built in the travel or battery (firing) positions, with the breech open or closed, and includes accessories that would be common in a firing position.
Shells of two types, along with their crates, as well as two styles of loading rammer, and the manual shell handling cradle, are also included. The shell handling cradle can be mounted to the chassis, as might be seen in travel or in museums, or it can be placed as an accessory in a diorama.

The U.S. Model 1918 served in the Pacific Theater of Operations in the early years of the war. The elements that make the U.S. version unique (pneumatic tires, flat shield, unique rear tow hitch and data plaque) are included in this boxing of the kit.
For the World War I version, see Das Werk kit DW35022. 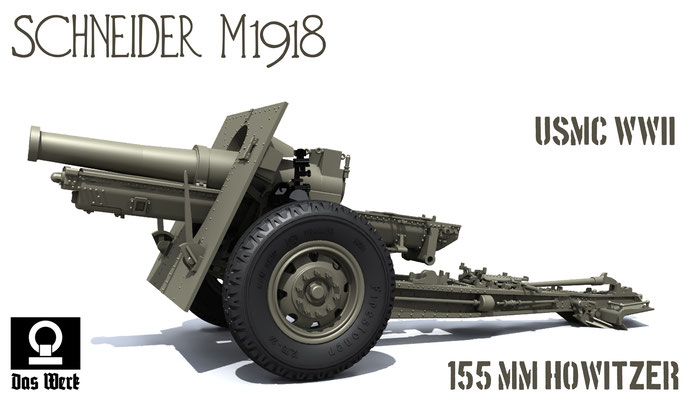 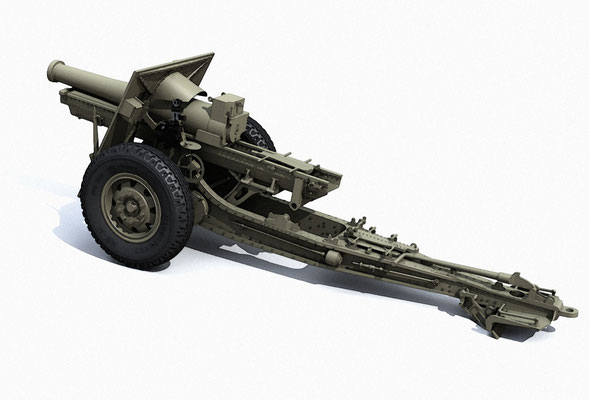 We are always happy to share videos, reviews or construction reports with you. If you have published something about our USMC howitzer or any other of our products yourself, please feel free send us a message with a link.